Skyla: Class of 2018
After four fantastic years at KIPP Journey Academy, Skyla matriculated to Columbus Academy for high school. As a student at Academy, Skyla traveled to China as part of a language immersion program, and played on the high school basketball team. She is now a freshman at Bowling Green State University. Skyla’s older brother, Zaire (in uniform), is also a KIPP alum in the class of 2017 and is currently in the Air Force. Her older sister, Ms. Levels (left), was an INSPIRE Teaching Fellow at KIPP Columbus Elementary! 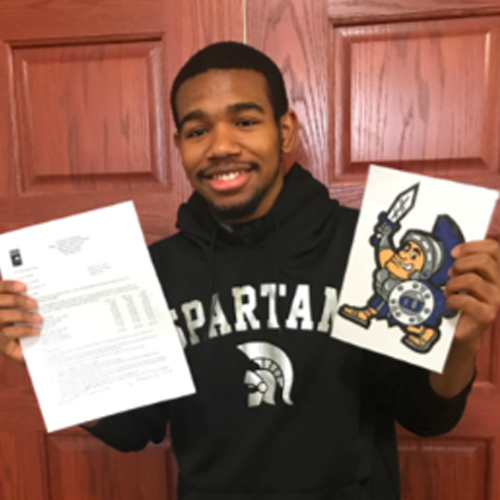 Kaswantae: Class of 2017
Kaswantae graduated fourth in his class from East High School. He was active in a range of activities, from math and science clubs to the school musical! He is now a sophomore majoring in engineering at the University of Dubuque in Dubuque, Iowa, where he receives a $20,000 annual scholarship. He has also joined a choral group and is taking both voice and piano lessons. 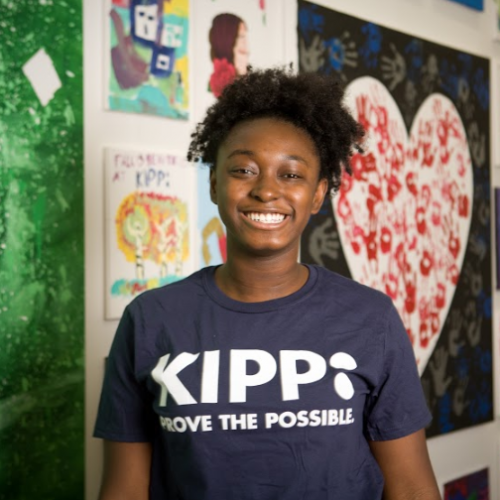 Justina Agyeman: Class of 2016
Justina was accepted to six colleges and decided to attend Columbus State University College, so she could stay closer to home for her first two years of school. After getting her prerequisite classes under her belt, she applied and was accepted to transfer to the University of Cincinnati! At UC, she is studying pre-law and political science. Thanks to the strong foundation she gained as a founding KIPPster, Justina always knew that college would be part of her future. She was able to stay focused on her goal of attending UC during her time at Columbus.